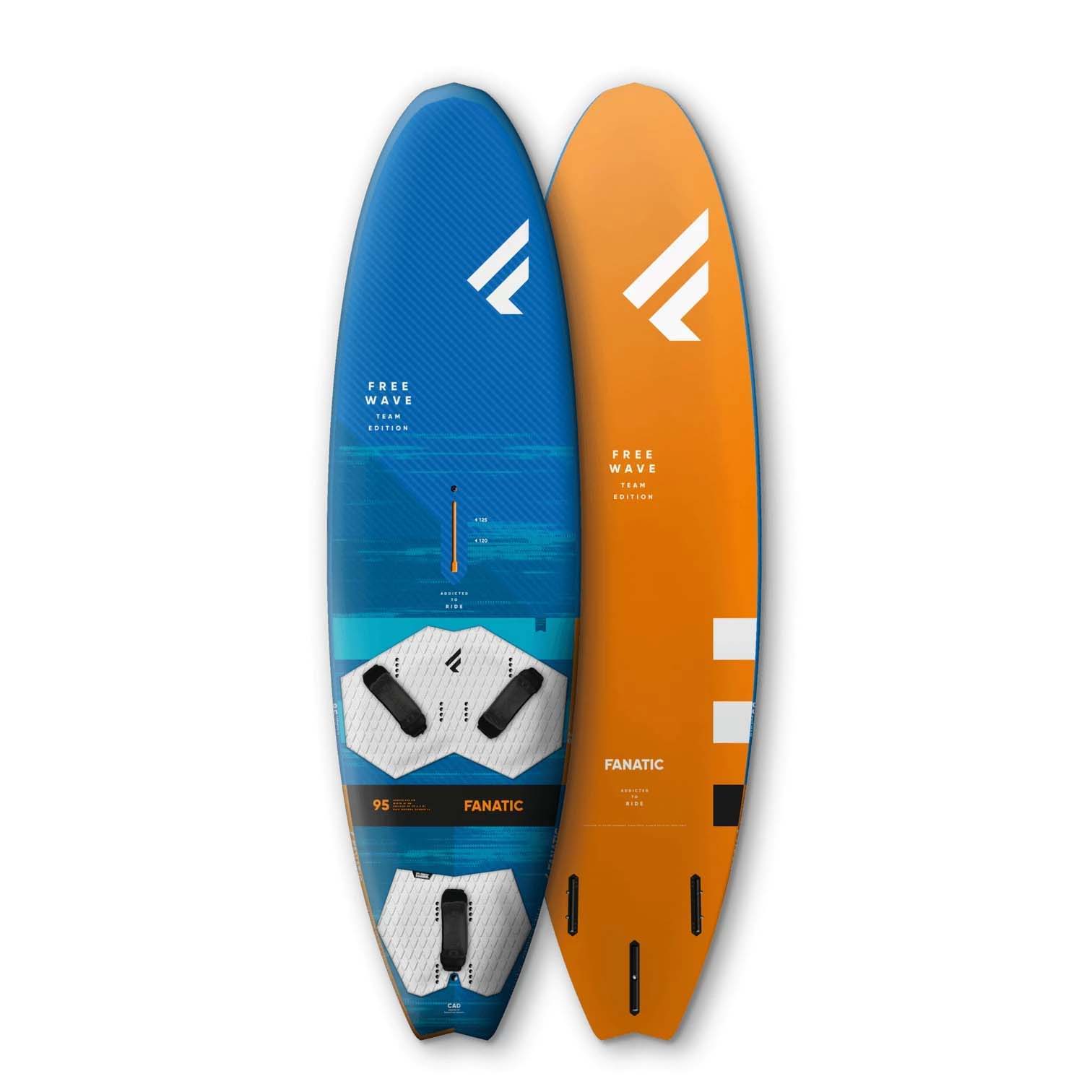 What I Liked: Love at first run. No hiccups. When I pushed - slashing, jumping - the Freewave 75 was right with me, spry and ready straight off the beach. If I settled into the harness, drag racing a friend, hunkering down in a gust, the board was behaved, smooth, and confidence-inspiring. The Fanatic Freewave 75 planed early and planed easily. Its parallel rails released up to speed with minimal rider input, and minimal forearm load. And unlike last year’s Freewave models, the impressive planing performance didn’t require carving adjustments in the jibes or on a swell. The Freewave 75 felt responsive on edge underfoot without any snags. Also impressive, the 75’s stability while schlogging. It’s a friendly shape on or off a plane.

What I Didn’t Like: Last year’s Fanatic Freewave boards were untouchable in upwind performance. The Freewave 75 felt more mortal upwind. Still good, but not as dominating. Separately, I’m not convinced the 75-liter Fanatic Freewave could handle a 5.8 sail as claimed by Fanatic without demanding a bigger center fin than provided.

Board Best Suits: Me. I’d own it (and recommend it) in a heartbeat for 3.0 - 5.2 Gorge sailing. But I’d also put my intermediate/advanced wife on it and in no way risk marital bliss. The board best suits anyone looking for a fun, easy-to-dial-in board that carries no risk of outgrowing. It’s silky planing performance makes it especially well-suited for mature sailors and real-world wave locations.

Eddy Patricelli is a co-owner of Big Winds. From 2001-2007 he was the editor of WindSurfing magazine. He has been windsurfing (and teaching windsurfing) for decades. See his best video tip for getting your kids onboard here.

There is a right way to get into a wetsuit. These 10 Do's and Don'ts for front and back zip wetsuits save time, energy, and save your suit..
What Windsurfing Mast Base Do I Need?
February 06, 2020

For a tiny part, a windsurfing mast base carries lots of questions. 1-Bolt or two? Tendon, rubber or mechanical joint? Euro-Pin or U.S. Cup? This guide offers answers. Find side-by-side comparisons of each windsurfing base system — their pros, cons, and who benefits most from each.
Test Review: 2020 Goya One 3 Pro Freewave Thruster
October 21, 2019