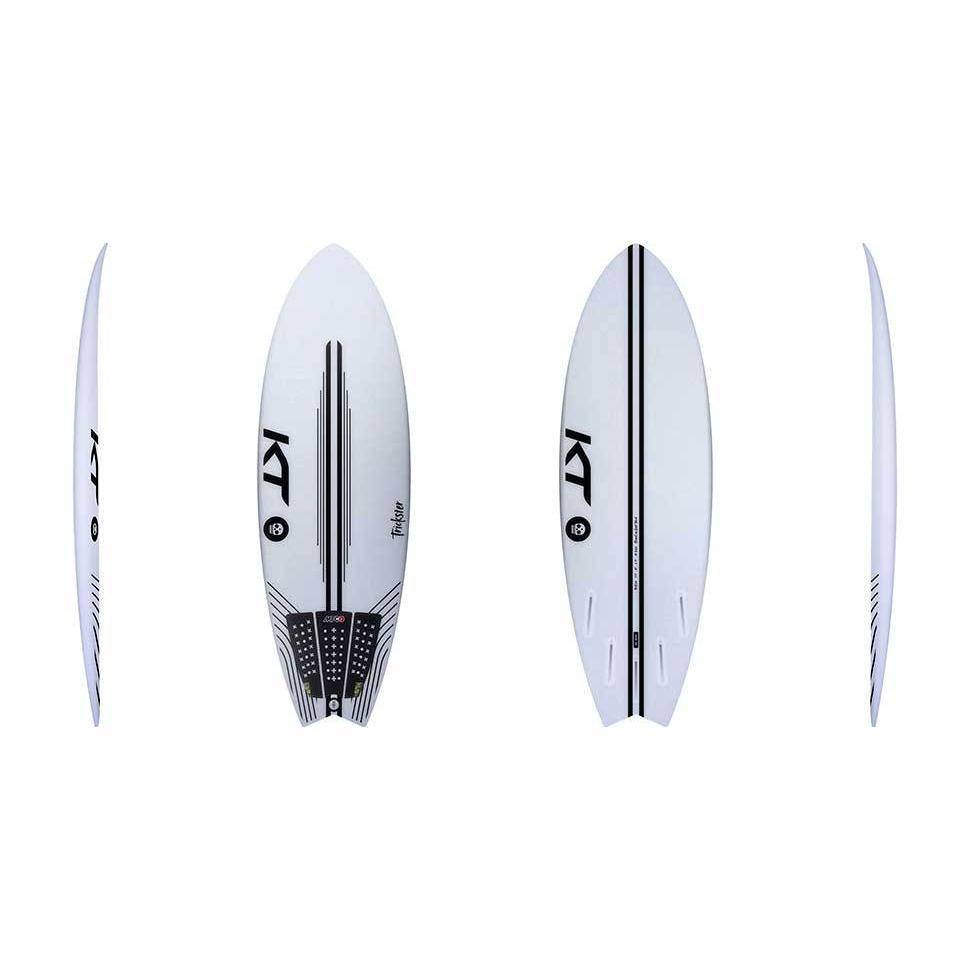 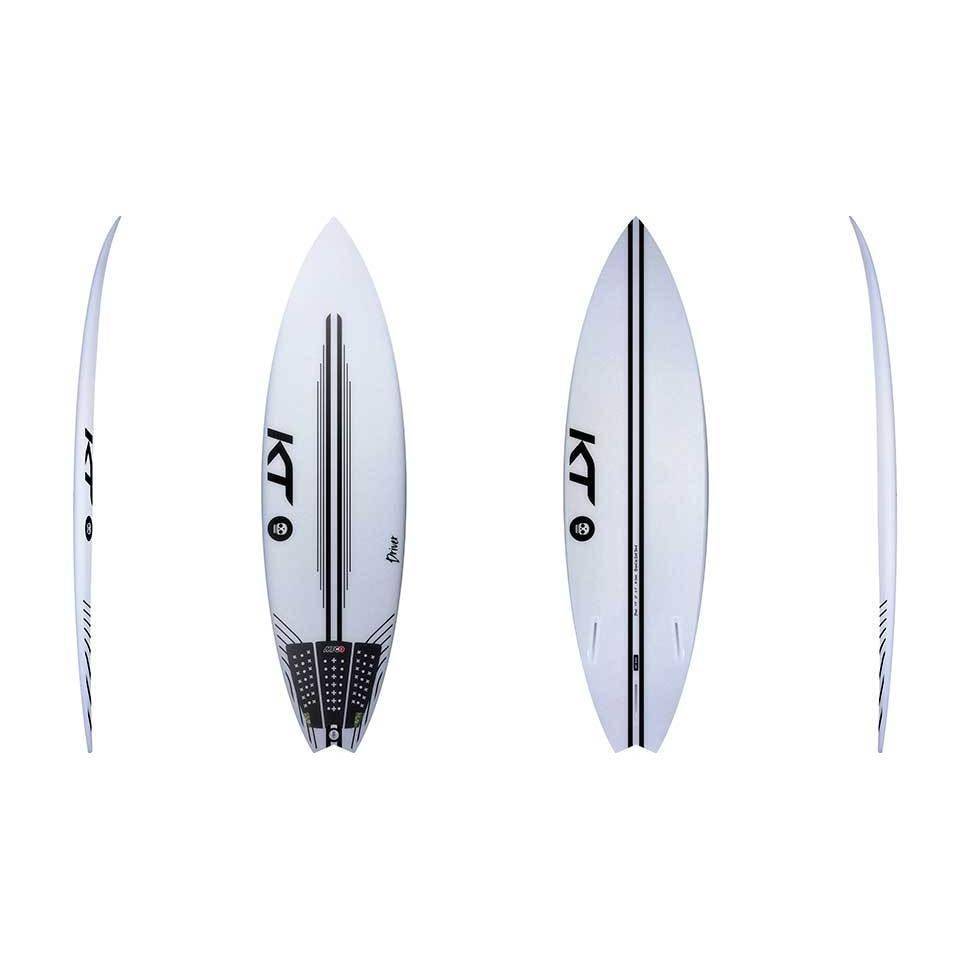 TJ: All right. This is TJ from the Big Winds' kite department. I've got my friend Elliot Tauscher here from Keith Teboul Surf and I'm excited to offer - not a new name here at Big Winds because Keith's name goes way deep in our windsurf department - but a new brand for the kiteboard department here at Big Winds.

Elliot's my KT and MFC rep here in Hood River. He's going to introduce two new awesome kite surf shapes - kite specific surf shapes from the KT line for 2020. Elliott I'm gonna leave it to you to give me the rundown on both the Trickster and the Driver and what your experiences is on the water are with both.

Moving on to the Driver - this is going to be your more performance down-the-line wave board. So if you live on the California or Oregon coast or you just live you know in Hood River and you

love to rip waves down the line. Charge 'em. Smack the lip. You know all that kind of stuff. This is going to be your go-to here. This one we do it in a 5'7" and a 5'9" and those are going to be your money sizes there.

For the Trickster - this is the new 5'0", and we went a bit smaller with a 4'10" and there's the 5'0", the 5'2" and 5'4" is going to be the Trickster line. TJ: Very cool and I noticed a couple of really awesome things outside of just the shape and the weight of the board. A carbon infused deck for a

really responsive feel so even though it's epoxy it's gonna probably have a much more dampened feel on the water.

TJ: I also noticed on the Trickster they're going with the five fin configuration. I think Keith calls it the Penta. And it's coming with a three fin set complete at $799 retail for both of these.

this thing out of the box and you're ready to go rip.

TJ: Awesome. So I guess you've got some options for front traction? You could wax it or you guys provide front pads through MFC.

Elliot: We have some front pads. The one I like is the Matt Meola front pad. So yeah you can definitely slap a front pad on there if you don't like using wax or if you want to double up and go

TJ: Let us dial you out here from Big Winds with potentially a new compact surf shape here called the trickster or more of a down-the-line performance board called the Driver. Available in multiple sizes, both of $799 with stomp pad and MFC fin set.

TJ: Aright buddy. It's great working with you again.

Here are a few of our favorite Steve memories. Share yours with us at rememberingsteve@BigWinds.com And ch...
2020 Wave Kite Review
November 06, 2019